A Tribute to the Still's

In December, Cole Still lost his lovely bride, Charlotte, she was 86. Just less than two months after Charlotte's passing, Cole, 93, joined her in the great beyond. They had wed in October of 1942, and had settled in the Prineville, OR. in 1948 with their daughters Connie and Carolyn. 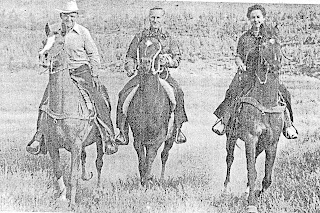 An old photo of Cole Still on Shan-Daa, Lew Hollander on Na Tartibenas, and Charlotte Still riding Zella Hai- from 1975

In 1973 the Still's rode the Pacific Crest Trail from the Columbia River to the California Border in 17-1/2 days, setting a new record for that accomplishment as no one had previously ridden it in less than 20 days. Charlotte and Cole rode many rides back in the old days of AERC and PNER. Cole and Charlotte were there helping Lew Hollander and Elwin Wines form PNER in 1972, and Cole always said that he was PNER's oldest member. In 1974 Charlotte and Zella Hai placed 11th on the PNER Top 15 Senior Riders. In 1975 PNER gave out awards to the Top 25 and Charlotte placed 5th while Cole was 22nd; Charlotte also placed 17th on the AERC National Top 25 that year.

I met Cole and Charlotte in 1977 when I began endurance riding. What characters with a great sense of humor. They were truly kind, helpful people and also great competitors. When we first met Cole, he worked at the mill North of Prineville. He had built a corral there by a shed and rode his horse to and from work every day, 16 miles round trip. No wonder the man and his horses were so tough!

In the early 80's we joined the Prineville Ridge Riders and Cole had already been the club President forever. Cole joined the Ridge Riders in 1951 and had been President since 1958! He, Charlotte and the club put on the Prineville Endurance Ride north of Prineville on The Crooked River National Grasslands since 1972. I believe Cole rode that ride for 32 consecutive years, missing it for the first time when he was 83 after Stormy fell with him and he had a broken foot. 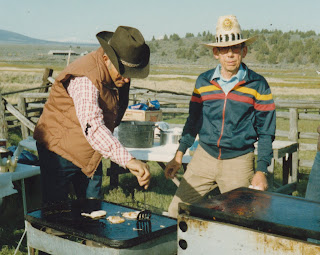 The Still's were great friends with Ed and Alice Warner back then, and together they worked with the USFS and bit by bit, they got the USFS to provide a dedicated trail for the endurance ride. More trail was added years after the Warner's passed as the Still's kept working on getting this trail permanently marked. They were also instrumental in the development of the Cyrus Horse Camp, used for a vet check on the Prineville ride. Cole not only rode the range a lot but he also rode the Ochoco's and counted the wild horses for the USFS east of Prineville.

Cole and Charlotte had a really nice stallion, My Arabi Kabir, and Cole took Rabi everywhere and few people ever knew that this quiet, well mannered horse was a stallion. Cole would ride Rabi into the arena, ground tie him and move barrels and poles around while people rode their horses past Rabi. Rabi never made a sound, he just followed Cole wherever he went. Rabi owned Cole; and Charlotte told us once, "Don't ever step between Rabi and Cole, he'll pin his ears and rush at you to protect Cole." The two had a special bond. We bred our mare MA Lady Beauzika to their stallion and got a bay mare, Fancy Flyer. Later when Flyer had her foal she chose the day of the Prineville ride to give birth to Cole & Charlotte's "grand baby", Star. Cole thought it was great she picked that day to be born. That mare, Star, is much like her daddy and owns Andi. 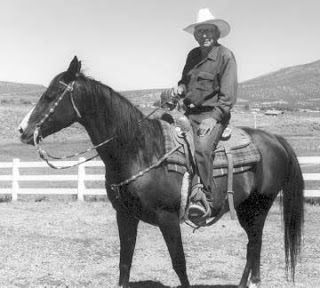 The Still's loved our daughter Andi. We often traveled to Convention together, Charlotte and Andi would have a great time. Andi and Cole both shared the same birth date too, June 4.

Late July of 1988 Cole and Charlotte were up riding in the Three Finger Jack wilderness area of the Cascades, using the Pacific Crest Trail between Mt Hood and the Three Sisters. They were with a friend, Bob Hathrill, when two very low flying military jets caused their horses to bolt and run. Stormy had run off with Charlotte as the sonic boom frightened him, and Cole's mare, Wendy, gave chase trying to catch her. The pack horse broke loose and Wendy, lost her footing with Cole getting dumped in a pile of rocks, knocking him unconscious and leaving a huge gash in his head plus a severely injured knee. Bob Hathrill got his horse under control, and found Charlotte down the trail, unconscious and she looked pretty badly injured. Bob had no choice but to ride several miles to the lodge and get help. It was hours before they were air lifted out. Charlotte spent several months in a body cast due to a broken back and shoulder. Cole recovered quicker but later had knee surgery.

It was a week later before Bob Hathrill and Steve Arnold found the missing horses still wandering in the wilderness. And it was two years later when the Still's received a settlement from Air National Guard without any admittance of fault of course.

Cole and Charlotte were awarded the “Ambassador Award” by the Pacific Northwest Endurance Ridirs (PNER) for their promotion of endurance riding in 1995. The ambassador award was originally called the Gene Peterson Memorial Award, and named for Gene at that time because he was always helping people. Its a great honor to receive this award, I sure wish I had taken a photo of them getting it back then.

To lose these two good friends as well as pioneers of our sport is very sad. May they ride the trails together forever. Rest in peace Charlotte and Cole!