The year 2014 was known as the Year of the horse, and for me that was quite true. I set some pretty lofty goals for myself. Some of them happened, some did not. Eh, that's the way it goes. But as one goal failed it often materialized into something that was just not part of the plan yet it all worked out superbly. I learned a lot along the way and never gave up!

I have to say the big adventure of 2014 with my friends and I traveling to the beach was the greatest ever! I don't think we can ever top that trip as we traveled from Idaho, stopping to camp and ride as we crossed Oregon to and from the beach. Linda had her mare Aire and Colleen had my gelding, Blue. Oh the amazing sights that met our eyes will never be forgotten! It truly was salve to my wounded soul following the loss of my beloved Diamond. We were on the road for ten days and got to be pros at setting up and tearing down camp in a flash! 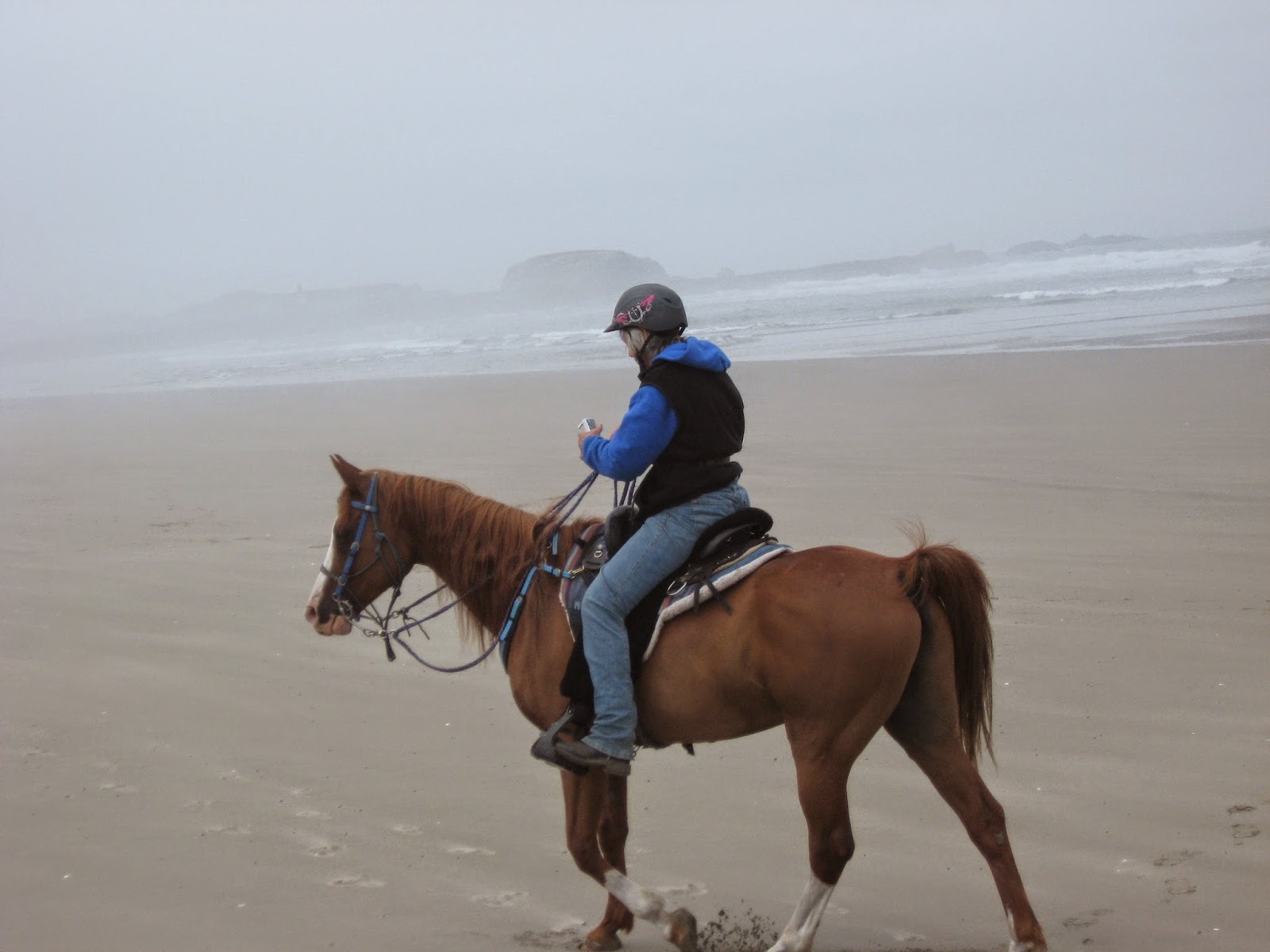 My plan had been to endurance ride The Big Brass, however thanks to lameness and other issues I stayed with Thunder, adding an occasional ride on Blue. We ended up going to rides not originally planned at all. And as usual the mighty Thunder just kept on trucking down the trail. We did not do the Oregon 100 as desired, my beat up old body just wasn't up to it, but we had a very fun 50 and I had time to visit with lots of old friends. That turned out better than doing the 100 anyhow.

By season's end Brass was doing great and we threw in one more ride to The Haunting, where Colleen met Beth and I for one more adventure. Thunder went on to win lots of year end awards with PNER and AERC ending the year on a very positive note, and once again won the PNER Animal Horse award for the most consecutive miles without a pull, 775 miles. This is the third time he has won this award and I don't think any horse has ever won it three times until now.

Despite the losses and the sorrows, the joys and fun times with friends made it a truly great year. I look forward to seeing what goals I manage to meet in 2015! Setting goals is how we reach our dreams!
Posted by Karen B at 10:42 AM No comments: Links to this post