Every once in awhile a horse comes along when you aren't needing or even looking for one. Sometimes they can even turn out pretty good. Such is the case with The Big Brass. At the time he came, I had five horses and wasn't looking for a sixth, especially a half wild one with no training! Oh what a lot of work he has been. And not just for me either but for my friends who have ridden him and been successful him. You see Brass can be a bit complicated, you have to know how to read him, and if you can't, well - he will teach you. You also must possess certain skills to ride Brass. If you don't have them, again - he will teach you. I already have a horse like this, yes it is Thunder, so I didn't need two of them. They are so time consuming and the drama; holy cow! The rewards are many though when you can look back and see how far they have come. Kind of like peeling an onion and getting to new layers of their life, and yours. 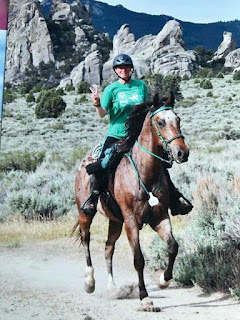 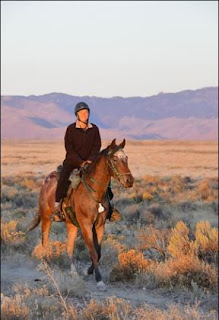 In May 2016 when my friend Jessica Cobbley needed a horse to ride, I dangled Brass in front of her nose. Like any sick endurance rider, she grabbed the bait. Fast forward and they now have two successful seasons together and Brass is remaining at their house. The Big Brass surpassed his 1000 miles and is well on his way to 2000 as he currently has 1460 AERC miles! Congrats to Jessica and the Brassman for this wonderful accomplishment and I know they'll have many more! They have become a great team as Brass leaps around at the end of his lead rope in camp before a ride and Jess just stands there, calmly smokes a cigarette, and waits for the drama to subside! Then it's time to get on and go see new trails.

Besides seeing Brass get 1000 miles, I also had a goal of 2000 miles for Z Blue Lightening. Blue has always had set backs that foul up the best plans. When he was younger Thunder would kick him, or bite him in a strategic place, so then Blue had to stay home and not be ridden. This meant more miles, rides and attention for Thunder the red beast. Poor Blue, always left at home, and yet he didn't really care. He isn't the over-achiever his cousin Thunder is. I could take him to a multi-day as a spare and his attitude was, "No it's OK, you go have fun. I'll be camp lizard, and eat hay all day." In order to get Blue ridden and get some miles, since Thunder hogged the limelight, he was often ridden by my family and friends. Amazingly Blue has packed ten riders around the trails other than myself! That's a pretty rare endurance horse actually. One year I didn't even ride him at all! 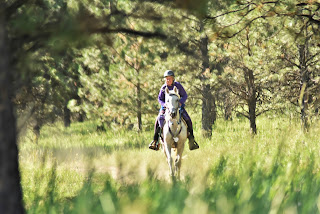 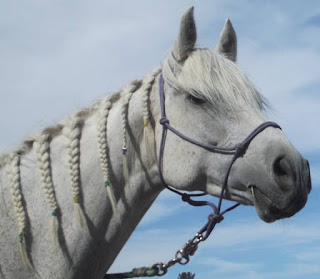 This year Blue was supposed to go to a few more rides, as usual, it was one thing after another. He got a bad cough the end of May, in July before Top of the World he had some skin issues on his back. Then the ride I was going to ride for his 2000 miles was canceled and a few days later he got a nasty wound in his chest. On what I have no idea, may have been a kick but it was pretty deep and they're all barefoot so I doubted that. I was sure he was out for the rest of the year, still stuck at 1980 miles. I just said "Fine, he'll never get his 2000 miles at this rate!" But it healed quickly and I managed to squeeze in that very  last ride of the season to round off his AERC mileage to 2030! Maybe now we can finish up that Decade award. :)